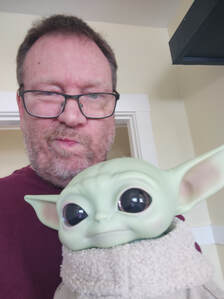 You've come to this page via referral. Due to time constraints we do not work with general public nor offer group speaking classes .

Speech training can be tailored to your specific needs and presentation. Our emphasis implements the skills of stand up comedians to command a room, to entertain and inform with your presentation!
​
One On One Speech Sessions $400 Per Hour (2 Hour Minimum)

​All sessions led by Kurtis Matthews

Specialties: Stand Up, LA and National Comedy Market, TV/Radio, Public Speaking, Speech Writing, Team Building, Creativity and Innovation, Executive Coaching
In 1984, Kurtis began his comedy career at the Comedy Store in Hollywood. In 1987 Kurtis became a paid regular at the Improv on Melrose and then appeared and toured nationally with Bill Hicks, Sam Kinison, Ron White, Adam Sandler, Judd Apatow, George Lopez, Jeff Cesario, Jim Carrey, Rodney Dangerfield, Janeane Garofalo, Alonzo Bodden, and Mark Lundholm, among others.
Thirty-eight years as a professional stand-up, appearing on national television, numerous radio shows and a five-year stint in the software industry provided both the show business and corporate experience not found in any other comedy teacher. In 1999, the San Francisco Comedy College (SFCC) was born.
Over the past twenty three years, the SFCC has become the largest stand-up school in the country, training over 10,000 people to be funny with classes in stand up, improv, one-person shows, and comedy writing.
Kurtis is one of only two instructors in the United States, who offer the “process-based” comedy training that anyone can use to be funny. His seminars have been widely applauded by the National Speakers Association of Northern California, The Harvard Club of Silicon Valley and San Francisco, Laugh Lovers of Oakland, multiple Bay Area rotary clubs, The Great American Comedy Festival, and the Scottsdale Comedy Festival.
As well as being a great comedy teacher Kurtis co-authored the book Comediology and tours the country working corporate gigs, conventions and rehabs. He can also be seen nationwide as talent in the Addicts Comedy Tour and reruns in the UK as the star of BBC1s “Find Me the Funny.”